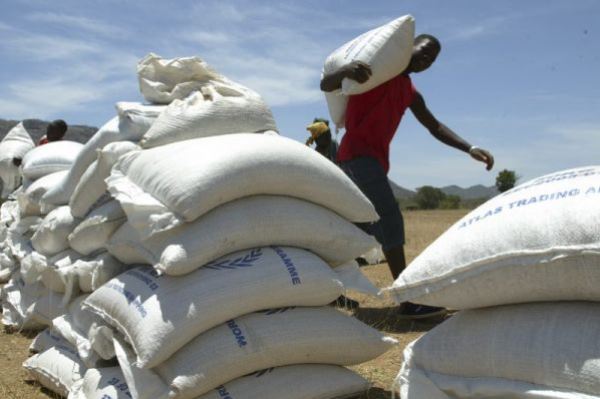 Reacting to Zimba calling FRA’s price offer of K60/50kg for white maize a “swindle”, Kafwabulula is now threatening to sue the union for defamation. “Enough is enough, and it is time to take them on,” Kafwabulula said.

Zimba dared him to proceed with the legal suit. “We will wait for the summons,” Zimba said.

On Wednesday, Zimba said “the insistence by FRA to maintain the K60 market price clearly demonstrated farmers are being swindled in the worst conceivable way”. ZNFU also asked farmers to hold back their crop until the price improved.

Kafwabulula said ZNFU is flouting the competition and consumer protection law by coercing and harassing FRA to sell maize at a higher price. “It is not right for ZNFU to urge farmers not to sell their grain to us. We have rights, too,” he said.

Zambia this year has a bumper harvest of 3.6 million tons of maize, of which FRA wants to buy 500 000 tons.
This, according to Kafwabulula, made FRA an insignificant player in the grain market as it only represents 15% of the crop.

Meanwhile, traditional chiefs have asked President Edgar Lungu to intervene in the pricing impasse to prevent the agricultural sector from collapsing. “Government should listen to the cries of people over maize, if the shift to make agriculture the centre of diversified economic growth is to yield positive results,” said Southern Province’s Chief Sinazongwe.

Western Province’s Chief Chiengele said higher authorities must engage stakeholders in the pricing saga to ensure a win-win solution for all. Lungu has maintained that he won’t interfere in the grain marketing process.